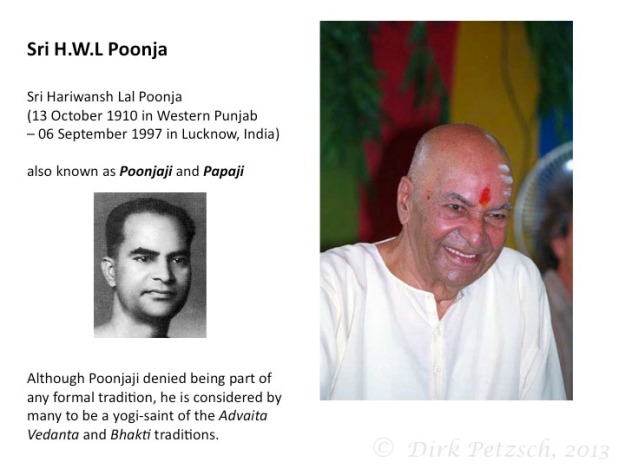 Poonja led a housekeepers life and was firm devotee of Krishna, with his spiritual life revolving much around visions of gods and ecstatic experiences, until his final realization of the Self sometime after meeting his Guru Ramana Maharshi in 1944.

Ramana pointed out the impermanence of gods who appear and then disappear, while only the One who was aware of those gods (appearing and disappearing) was continuous. He encouraged Poonjaji to find the One who is the seer of the visions of God because that One (Consciousness) does not come and go.

In the following years, Poonjaji earned money to support his family, meeting with seekers and sharing satsangs wherever he was. In 1953, he met his first Western disciple, Henri Le Saux, also known as Swami Abhishiktananda, who wrote many books on Advaita Vedanta and Christianity.

In 1966 Poonja retired from his military career and spent a lot of time in the Himalayan foothills, where he met his Belgian disciple, Meera, later known as Ganga, in 1968. They traveled throughout India, Europe and South America, often together and with their daughter, Mukti.

Poonjaji later settled in Lucknow, where he received visitors from all around the world. He died on September 6, 1997.

Today, a large number of disciples of Poonjaji share satsangs in many locations around the world (including Brazil). These include names such as Gangaji, Isaac Shapiro, Neelam, Mooji and Catherine Ingram. 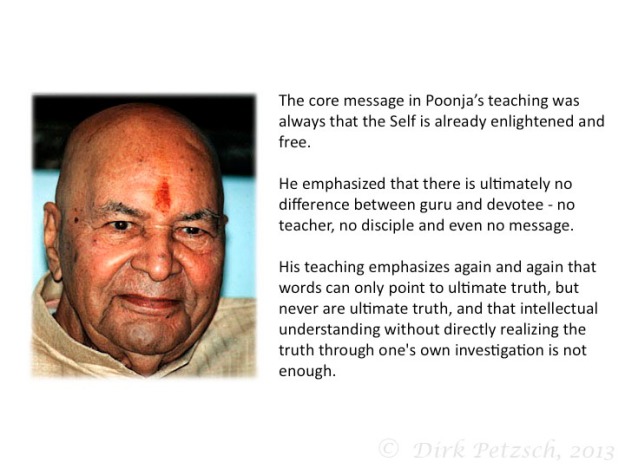 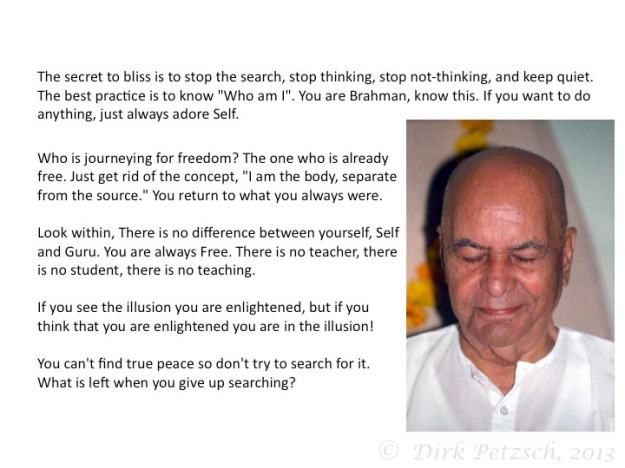 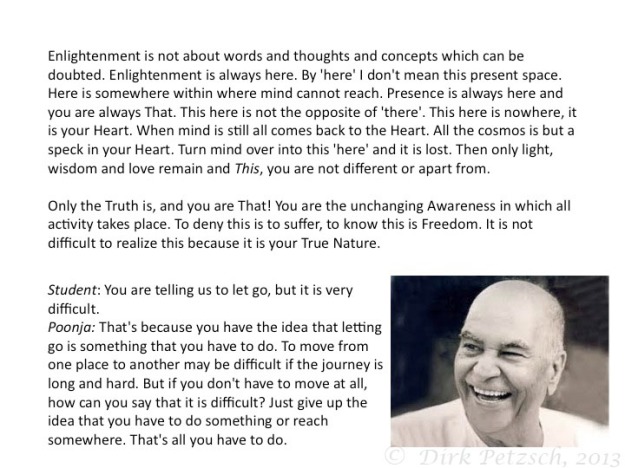